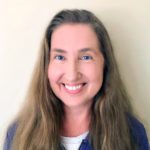 Genevieve is an award-winning science writer and teacher based in San Diego, California, USA. Her writing has appeared in publications such as The New York Times, Nature, Nature Biotechnology, Nature Medicine, Science, and many more. She holds two Master’s degrees, one in biomedical sciences and the other in education. Currently she is doing research at Johns Hopkins University for a doctorate in education focusing on adult learning. Other academic affiliations include Boston University, the University of California, and the University of Hawaii. She loves to travel, meditate, and dream up new ways to help scientists communicate more effectively.

We have been here many times before with the Mexico City Policy, also known as the Global Gag Rule. The rule attempts to curb abortion. Ronald Reagan originally enacted the policy in 1984 with the aim of defunding international aid agencies that mention abortion as an option for women anywhere in the world in need of family planning or health services. Reagan and nearly every other Republican president, including Trump, have enacted it to appease US anti-abortion groups.

The Global Gag Rule has predictably ping-ponged between parties holding power, with Democratic presidents canceling it (Clinton and Obama) and Republican presidents re-enacting it (both Bushes and Trump).

About this Report’s Format

Before reading this report, consider a brief note about the construction of the article. The article does not follow the standard format for news reporting. Instead, I follow a chain of logical argumentation using claim, evidence, reasoning, and implication. This format may be especially useful to educators and policymakers who need to thread the argument for a specific audience.

Twenty years of global data show that the Global Gag Rule increases the abortion rate in countries where it’s in effect. For example, Bush Jr. re-enacted the Global Gag Rule when he took office in 2001. The data for abortion rates in Sub-Saharan Africa show a steady increase in abortion rates every year that the policy remained in effect from 2001 through 2008 (Bendavid, Avila, and Miller, 2012). The growth topped out at 250% in 2008. Then Obama took office and canceled the policy.

A deeper dive into the data in Sub-Saharan Africa reveals a difference in enforcement and outcomes. Areas with high enforcement of the global gag rule, and therefore low access to family planning services, experience up to 100% higher rates of abortion. By comparison, areas where governments enforce the policy less strictly show lower rates of abortion.

The Global Gag Rule increases abortion because women are desperate to control their fertility and will risk their lives to do so (WHO, 2005). Women experience approximately 46 million unwanted pregnancies per year globally under severe conditions that include sexual assault, confinement to refugee camps, lack of resources, critical illness, and dire poverty.

Twenty years of global data show that the Global Gag Rule increases maternal death from unsafe abortion, which harms the child. For example, looking again at data from Sub-Saharan Africa,  McGinn and Casey (2016) find that by 2008 (7 years after Bush re-enacted the Global Gag Rule):

Nearly half of abortions worldwide and 97 % of those in sub-Saharan Africa are unsafe. [15] Up to 50 % of women who have unsafe abortions seek care for complications, including hemorrhage, sepsis, perforated uterus and trauma to internal organs. [14] The risk of death due to unsafe abortion is 90 maternal deaths per 100,000 live births in sub-Saharan Africa under conditions of dangerous abortions, three times the global average of 30 per 100,000 live births. [16]

Unsafe abortion kills women who want to control their fertility. Here is the math step-by-step for Sub-Saharan Africa in 2008, which as the final year of the Bush Jr. presidency:

Trump condemns 20,000 women in Africa to die by the end of his first term. There will be thousands more in other countries. Further,

Thank you for reading! Please contact me with any questions using the link above.